There’s no image more familiar and more beloved by the Far Eastern University (FEU) community than that of thetamaraw.  In fact, FEU founder Dr. Nicanor Reyes, Sr.himself chose the tamaraw to be FEU’s icon because of his admiration for the animal’s intelligence and strength.

The institution formalized a partnership agreement with the World Wide Fund for Nature (WWF-Philippines) in 2012 to increase the population of the species by the year 2020. But since 2005, FEU has already launched several projects to help protect these species. One of the more recent projects is the TAMworld Roving Exhibit that aims to boost public awareness and promote appreciation of the tamaraw. 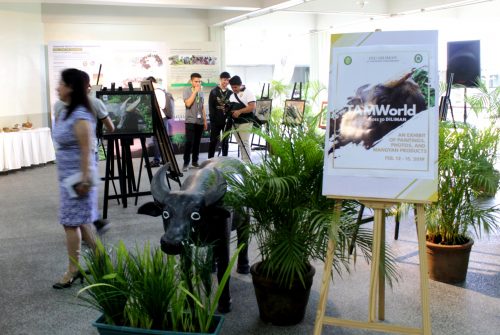 “Now on its second year, the TAMworld Roving Exhibit intensifies its awareness campaign by giving the public the opportunity to learn more about the endemic tamaraws. After the FEU Campus Tour in 2017, the exhibit will also be mounted in commercial malls. This move will hopefully see more people discover the world of tamaraws,” said Dr. Marilou Cao, director, Volunteerism Services Office, FEU Manila.

The travelling exhibit recently docked at FEU Diliman as part of the school’s 25th Foundation Anniversary celebration. “TAMWorld Goes to Diliman” featured the tamaraws in their natural habitat through photographs and artworks of TAMBayani artists from various universities and art associations. 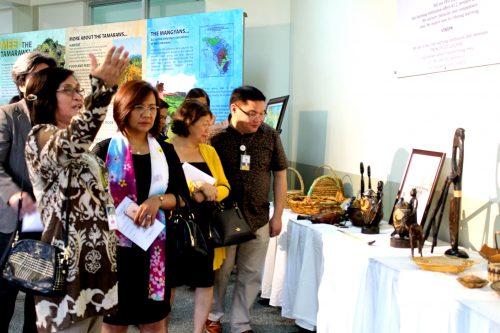 The three-day exhibit also provided information on the different tamaraw conservation programs as well as the community service initiatives by FEU in indigent communities to protect them. Native products of Mindoro were also highlighted. 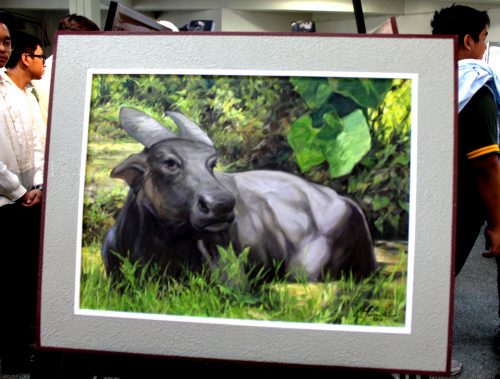 The tamaraw (Babalusmindorensis) once ruled the jungle plains of Mindoro, where it is endemic, thousands of years ago. Unfortunately, a rinder pest outbreak in the 1930s almost wiped its population, and since then, it has been considered as one of the most endangered species in the world.